So, What is mathematics? As it is with almost all “what is…?” questions, the answer is elusive. Whenever we look, mathematics seems to be edging into new grounds, defying all attempts at caging it in any one definition. Some philosophers say that mathematics is the intellectual pursuit of universal truths. Some say that it an expression of the human mind that reflects contemplative reason. Some say that it is a thought process that links the abstract world of mental concepts to the real world of physical things without being located completely in either. Still others say it’s the study of numbers, structure, and form. This lecture is an attempt to corner the answer, not by definition, but rather by probing the nebulous boundaries dividing what it is from what it is not.

I imagine that many mathematics students begin their studies with an eagerness to get into the joys of the subject, paying no attention to the basic question of what mathematics is. The question hit me only after I started teaching very bright students at a college where courses in mathematics were sometimes interwoven with other courses, such as physics, chemistry, and biology. In leading seminars, I would ask students “what is…?” questions. With each new group I would ask, “what is science?” I would get blank stares.

I was asking a question that was very hard for a beginning science student to answer. My concern was not the meaning of science; rather, I was more intent in getting the students to understand that they cannot gloss over the fundamental aims of their studies. Yes, it was an unfair question, but I wanted my students to always have reasonably clear meanings of the terms they used.

Mathematics came to life through inquiries of nature. In every early endeavor of mathematics, the original impetus came from something wondrous occurring in nature, whether it was sheep in the field or positions of stars or from a child’s observation of the difference between two stones and three.

It’s not farfetched to consider the early history of counting to get a handle on what mathematics is. Every child goes through a similar history.

A newborn sees daylight for the first time at birth. To her, the world starts with a blank slate. At least we think it does. Is she wondering what this new light is all about? She has acquired a biochemical mechanism of wonder without a processing structure to frame her wondering. In just a few weeks she will be engaging with hints that the world is bigger than her mother, and in a few months she will have built the scaffold for understanding language and even mathematics. She has some facilities that are already in place at birth through her genes. In that way the newborn puts together inklings from play actions with math objects and language as a foundation for sequential heights of conception. It starts with the physical objects that are interactively experienced both visually and tactilely to slowly make neural connections.

The brain comes equipped with the ability to recognize and track small numbers of objects, a quantity sense that uses no learned counting rules. We come nearly equipped
with knowing what is heavy and what is light, which way is up and which is down. Animals and birds are born with such equipment.

But the essential component of our development is language. Language, along with recognition and repetition, elevates mathematical thinking, extending imagination to understanding concepts beyond what we see in our physical existence.

We might wonder what really happens in the maturity, from a sensori-motorlinguistic experience encouraged by the recognition, repetition and language, as well as by earlier experiences. We first perceive mental images to enhance emergent imagination. The core example is that from some counting numbers we verbalize some mental images, and by repetition we form increasingly sophisticated understandings of the concept of number itself. The maturation of a child’s mathematical thinking comes from exploring shapes and spaces, and forming concepts of number from counting objects.

Part of the process is awareness. Not every shepherd watching over a flock at night on a mountainside notices the astronomy of the night sky. Not every child notices that 3 + 4 = 4 + 3, and not every gardener notices the mathematical patterns on a sunflower. Noticing is the force that develops insight and intuition in almost every field.
Every truth can be argued deductively through truths that are already established. With that understanding we can say what it means to prove something true. That doesn’t mean that all of mathematics has to be set in a system of axioms. I have an example.

Infinity could be thought of in many ways: a boundlessness; an infinite line of dots passing off into space until it evaporates into emptiness; something repeating forever; a finite circular maze with no way out; or a densely packed line with points so close that between any two there is always a third. The mind can easily represent these types, but it cannot see them on the mind’s viewing screen. Yet something phenomenally fantastic does happen in the mind. The more one thinks about the ramifications of infinity using some sort of visual representation, the better the mind grasps what those representations actually represent. Intuition about infinity starts as vague impressions, but eventually develops the mind’s representative images into a deeper intellectual understanding. That same intuition also gives the impression of something real when in fact there is nothing real about it.

We may imagine an infinite collection of numbers trailing off to a vanishing void, and logically talk of what happens when they reach their limit, indefinitely splitting intervals of space and time in the mind’s eye, but eventually our images blur and repeat.
Eventually, intervals between our numbers look so small that we cannot distinguish one number from another. So, at best, we imagine some minimal interval of finite but small size.

One could say that all mathematics always takes place in the mind. It is a mental construct and can have no existence, except through mental activity.

The example shows how far mathematics can reach beyond what we expect it to be. So the big question is: is this argument genuine mathematics? What is missing? At what point did the math wander off course into the realm of being physical? At the very beginning, we assume something, we know it must be true. It feels right, and yet we glosse over definitions and axioms that would clinch the persuading argument as a mathematical proof. We don’t have solid mathematical proofs; rather, our example gives us instinctual persuasions that something must be true by virtue of experience with the real world.

In conclusion, I present to you a short dialog borrowed from Reubin Hersh’s book, What is Mathematics, Really? It brilliantly gives a vivid veiled clue to the question of what mathematics is, really. Hersh is typing away on his computer when his twelve-year-old daughter Laura enters his study.

L: What are you doing?
R: It’s about philosophy of mathematics. L: What’s that about?
R: What’s the biggest number? L: There isn’t any!
R: Why not?
L: There just isn’t! How could there be?
R: Very good. Then how many numbers must there be? L: Infinite many, I guess.
R: Yes. And where are they all? L: Where?
R: That’s right. Where?
L: I don’t know. Nowhere. In people’s heads, I guess.
R: How many numbers are in your head, do you suppose? L: I think a few million billion trillion.
R: Then maybe everybody has a few million billion trillion or so? L: Probably they do.
R: How many people could there be living on this planet right now? L: Don’t know. Probably billions.
R. Right. Less than ten billion, would you say? L: Okay.
R: If each one has a million billion trillion numbers or less in her head, we can count up all their numbers by multiplying ten billion times a million billion trillion. Is that right?
L: Sounds right to me.
R: Would that number be infinite? L: Would be pretty close.
R: Then it would be the largest number, wouldn’t it?
L: Wait a minute. You just asked me that, and I said there couldn’t be a largest number!

There is something about this insightful dialogue that brings out the whole meaning of what mathematics is, something in the mind that holds all our intelligent thought, something far beyond nature, and yet something so close to nature, something intangible that must have been born from an instinctual awareness of the tangibles of the world we live in. We do mathematics, write it, put it on paper, but only for the purpose of organizing it in the mind, and to communicate it to other minds. It really is nowhere else.

This is what mathematics is, and yet it is not. As the nineteenth century mathematician James Sylvester once wrote, “Mathematics is not a book confined within a cover… it is incapable of being restricted within assigned boundaries or being reduced to definitions of permanent validity, …. [It is] forever ready to burst forth into new forms of vegetable and animal existence.” And because of those bursts, men have walked on the moon; robots have played in the red sands of Mars, probed comets and asteroids; and cameras flown to the edge of the visible universe have sent pictures back to Earth. 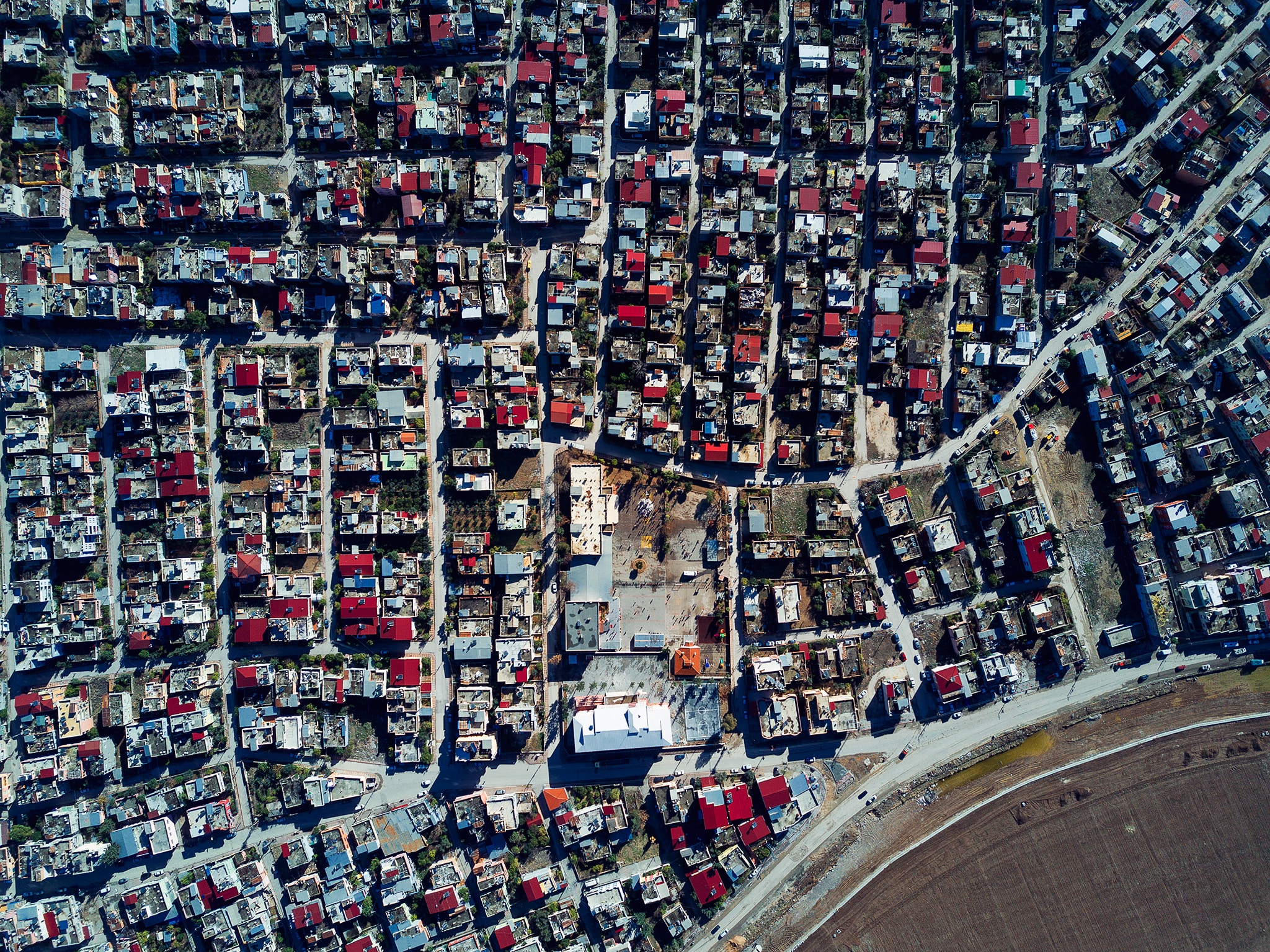